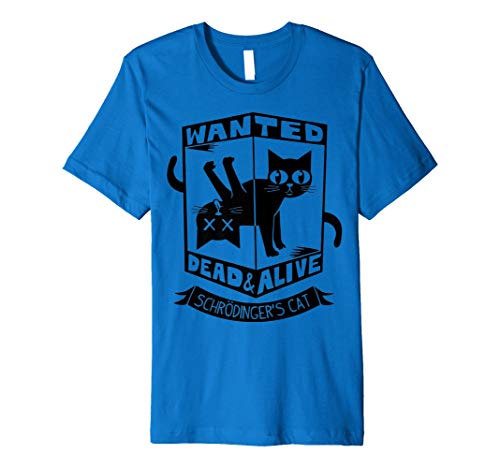 This funny comic style shirt is based on the famous thought experiment by physicist Erwin Schrödinger. The theory of quantum mechanics revolves around the timing of quantum superposition and reality, and the example used in the thought experiment includes a cat, a box, and a flask of poison.

This Schrödinger's Cat shirt depicts the conundrum in a simplistic illustration, showing what a viewer would never actually see: a cat both dead and alive at the same moment inside the box. The image is accompanied by text around the box that reads "Wanted Dead & Alive" with "Schrödinger's Cat" written on a ribbon below.

Shown here in Royal Blue, this nerdy graphic t-shirt is also available in White, Red, Olive, or Lemon. Get this in unisex, women's, or youth cuts. 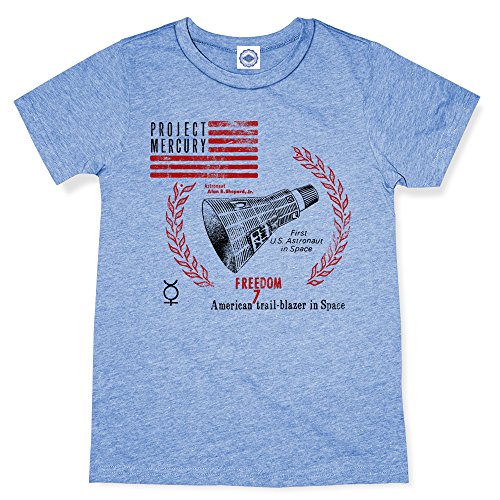 This NASA themed t-shirt is a great gift idea for anyone who is interested in the history of space flight and NASA. The heather blue unisex jersey t-shirt has a red and black printed design that includes an American flag motif that uses the words PROJECT MERCURY... 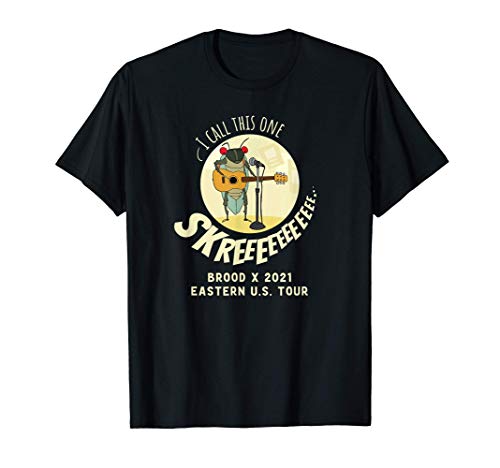 Get ready, because 2021 will see an emergence of Brood X, the 17-year cicadas that cover the largest range of such periodic insects in the United States. These amazing bugs will start emerging, in nymph form, throughout May in 15 Eastern and Midwestern states.  Whether you will experience this... 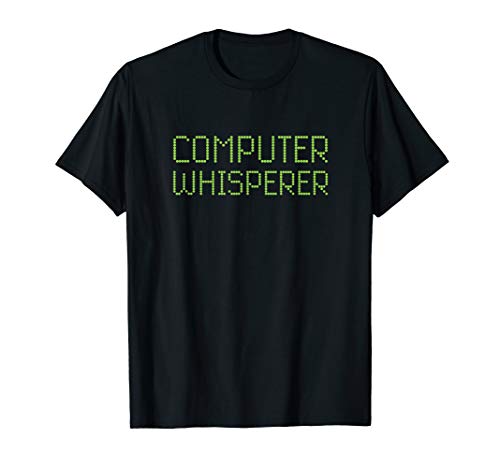 This t-shirt has a simple text design in the perfect style of font: digital green. The text reads COMPUTER WHISPERER, making this the perfect gift idea for anyone who loves computers or works with them. It's great for computer science students and teachers, IT department workers, and other... 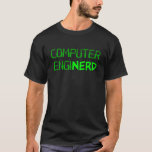 Another word for geek is nerd, and these two t-shirts for science enthusiasts incorporate the word NERD into the word ENGINEER to make a brand new geeky portmanteau: ENGINERD.